The Most Popular Series To Watch Right Now On Netflix

No matter what you're in the mood for, Netflix always offers a wide selection of shows to choose from. A rising number of programmes are added on Netflix each month. We've compiled a list of the most popularÂ Netflix programmes currently available. Netflix originals and new releases are prioritized, as are recent Netflix additions and new releases, but we've also included personal favorites that we've been promoting to our friends. 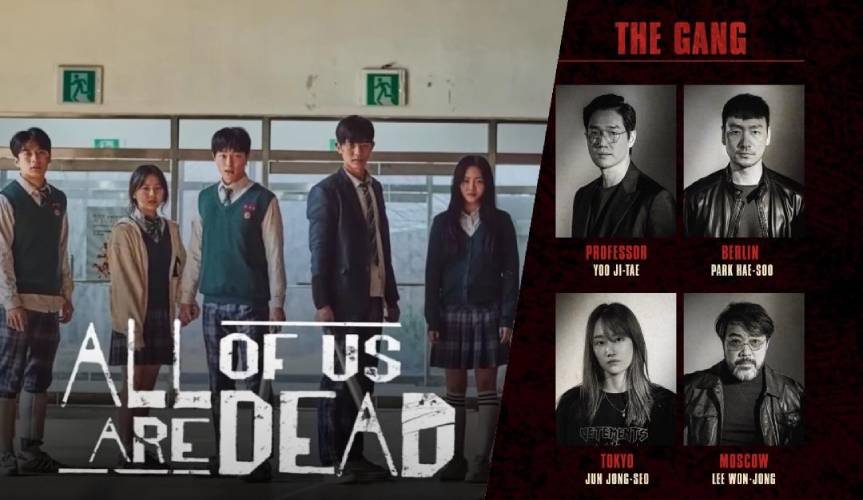 Adapted from a Naver webtoon, All of Us Are Dead is a coming-of-age horror series that is destined to be the next Squid Game. An epidemic of the zombie virus has turned a high school into its epicentre, trapping pupils within. Zombies rise up and fight for their lives against the few remaining human survivors in this suspenseful tale. With no food or water, as well as no internet or phone due to the government's cutoff, the students are forced to rely on the technology in and around the school to keep themselves from becoming part of the horde. 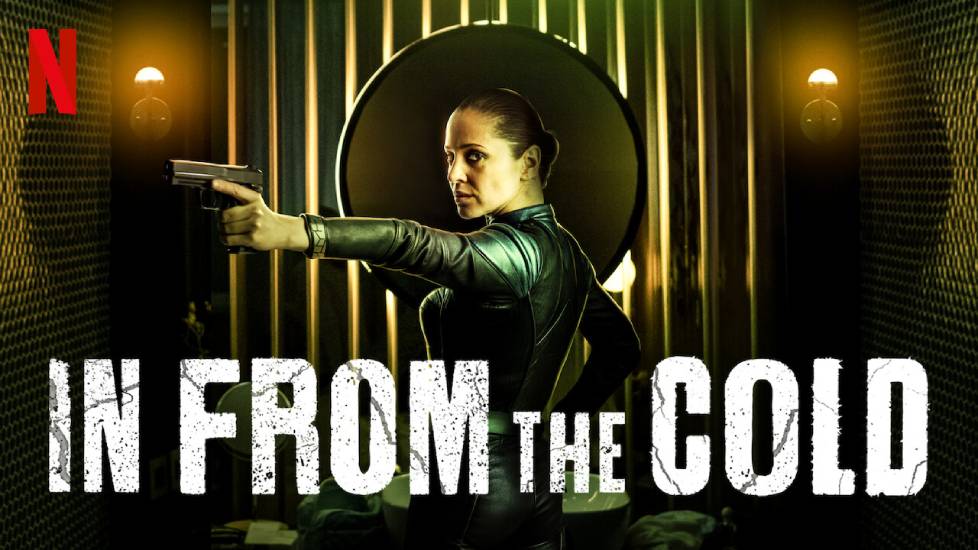 During a vacation with her daughter, a single mother discovers her hidden history as a Russian spy and finds herself in the centre of a worldwide conspiracy in this new series from Supernatural writer and executive producer Adam Glass, as a character-driven adventure that doesn't hold back, In from The Cold is more than simply a normal espionage thriller. It's a gripping plot led by an intriguing protagonist. 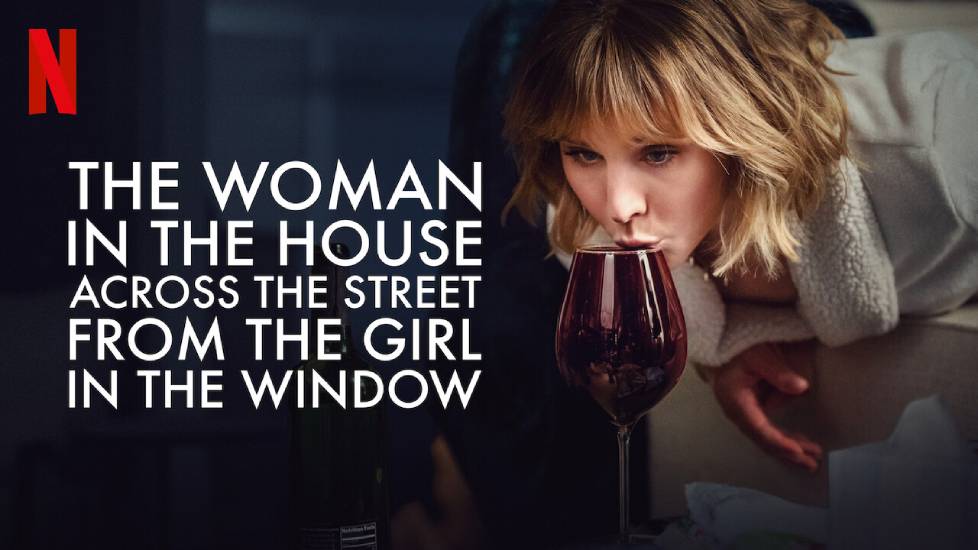 In this satire of the famous thriller subgenre that has given us films like The Girl on the Train and The Lady in the Window recently, Kristen Bell portrays an agoraphobic, alcoholic woman who believes she witnessed a murder. The self-aware spoof never takes itself too seriously, and the series is carried by Bell's willingness to commit to the joke over eight episodes of ridiculous twists and turns as her character desperately tries to solve a mystery unfolding across the street while drinking a seemingly endless supply of wine. 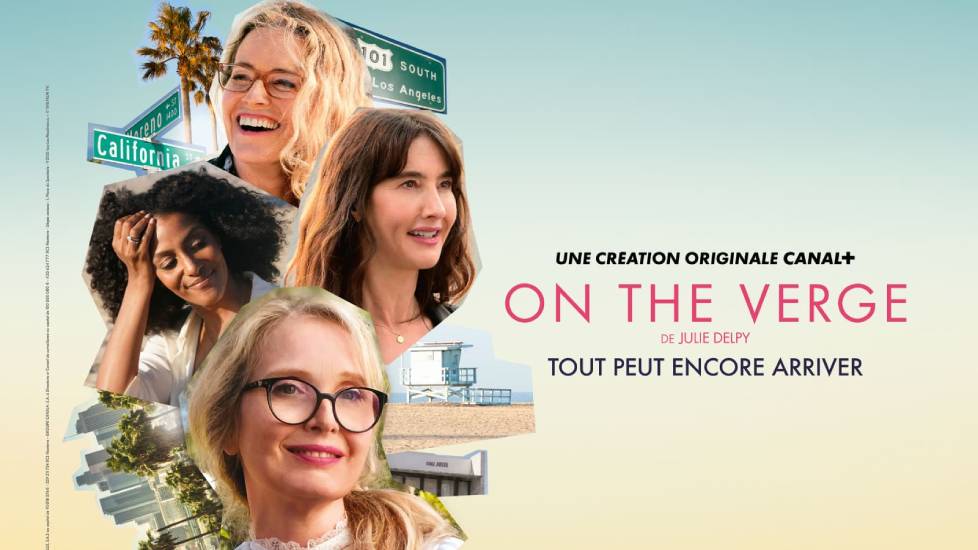 It's a story about four women, all moms, whose lives are upended even before the world falls into lockdown. Pre-pandemic Los Angeles is the setting for this quartet of women, a chef, asingle mother, an heiress, and an employment seeker. The fact that these four women are all mothers first and foremost unites them more than anything else. On The Verge is a fascinating look at the conflict between inquiring Gen Z youngsters and their equally savvy parents. Featuring Elisabeth Shue and Sarah Jones, this dramedy series is written, directed, and star-studded by Oscar-nominated writer Julie Delpy. 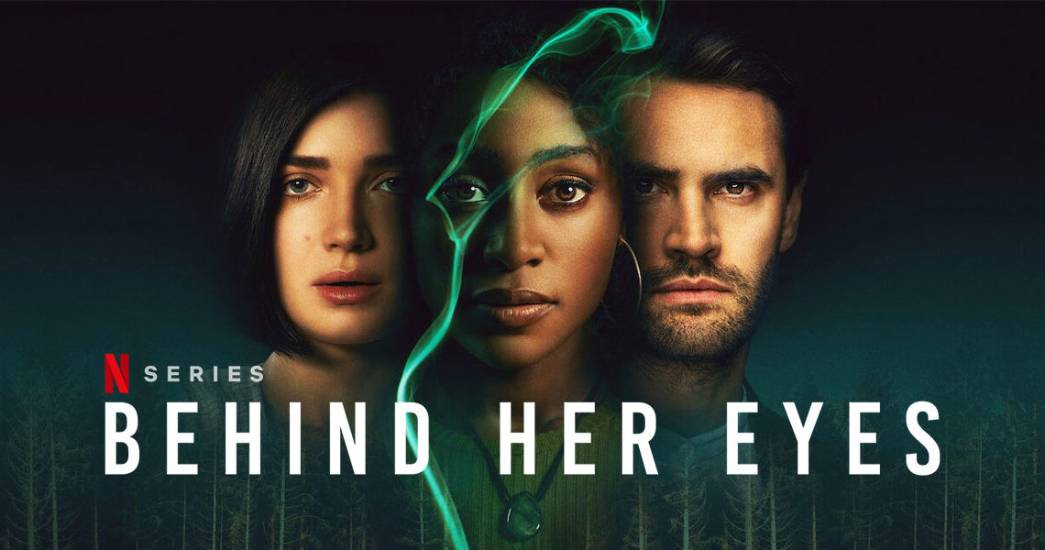 Behind Her Eyes tells the storey of a single mother, Louise, who has an affair with her new boss, David, and finds herself drawn into an odd bond with his wife, Adele. From an unorthodox love triangle quickly turns into a dark psychological drama of suspense and twisted disclosures, Louise finds herself ensnared in a hazardous web of secrets where nothing and no one is what they seem. 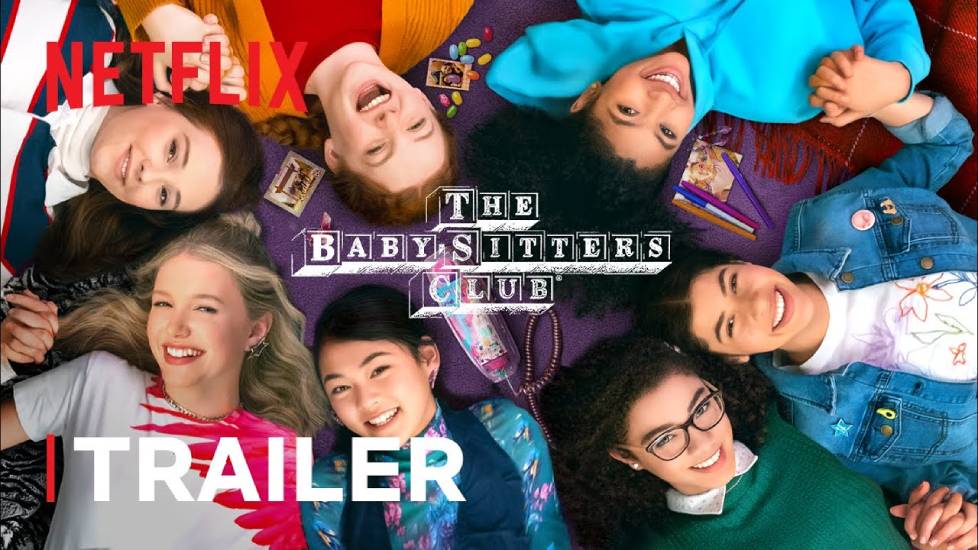 This series is based on Ann M. Martin's famous books and follows a group of pals and their home-grown babysitting service. As they establish a babysitting company in Stoneybrook, Connecticut, five middle-schoolers follow their relationship and experiences. The Baby-Sitters Club's grounded approach acknowledges its original material while modernizing the tale for a new audience. After a successful first season, The Baby-Sitters Club is back with a great second season that carefully examines new problems and allows its lovable ensemble lots of chance to shine. 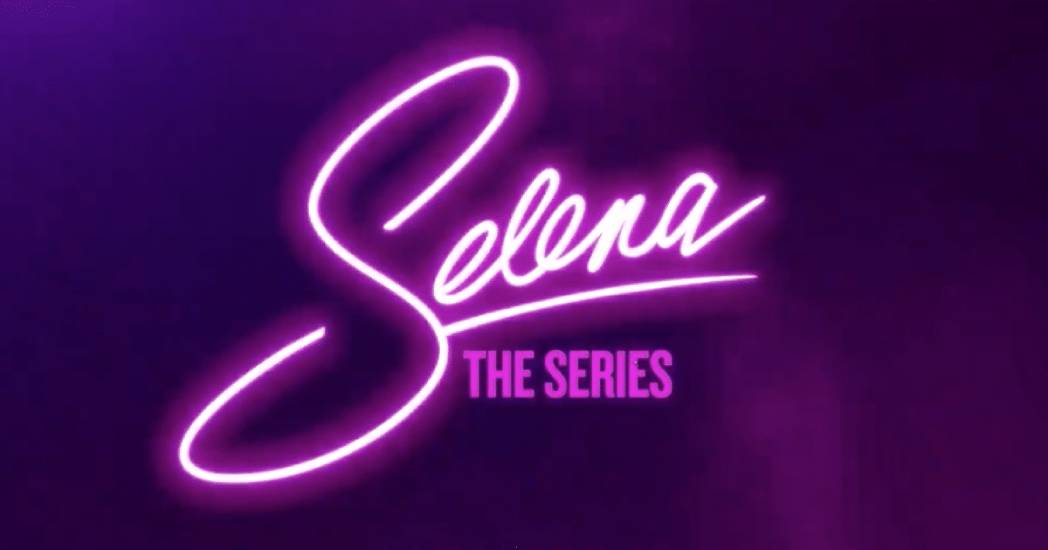 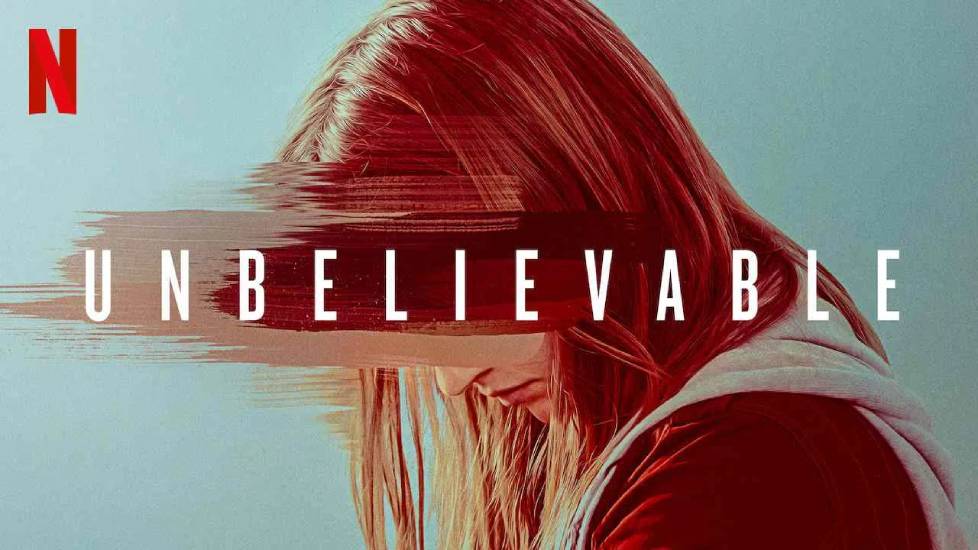 Unbelievable has a subtle revolutionary quality. There are times when it's tough to see, and it's a show that will stay with you long after its last moments are through. The performances of the show's three outstanding main actors are fantastic, but they are also not unique; other series and films have used superb actors to present same tales. Instead, Unbelievable stands out by simply assuming that everyone watching already knows that rape is a horrifying transgression. It assumes that you've already taken care of it. It implies that you've watched The Handmaid's Tale or Boys Don't Cry, or most recently, The Nightingale, and that you've seen rape represented in media in visceral, horrifying form. Among the folks on the opposite side of the screen, one in six women and one in 33 males will have experienced a rape or attempted rape in their lifetimes. Trauma and exploitation are the farthest things from its mind. Incredibly knows that you are aware that rape is a horrible thing. It's not a voyeuristic tool. Susannah Grant, the show's creator, has made it a priority to focus on the survivor's point of viewâ€”on what happened to her and how it affects her, certainly, but also on the subsequent abuses. 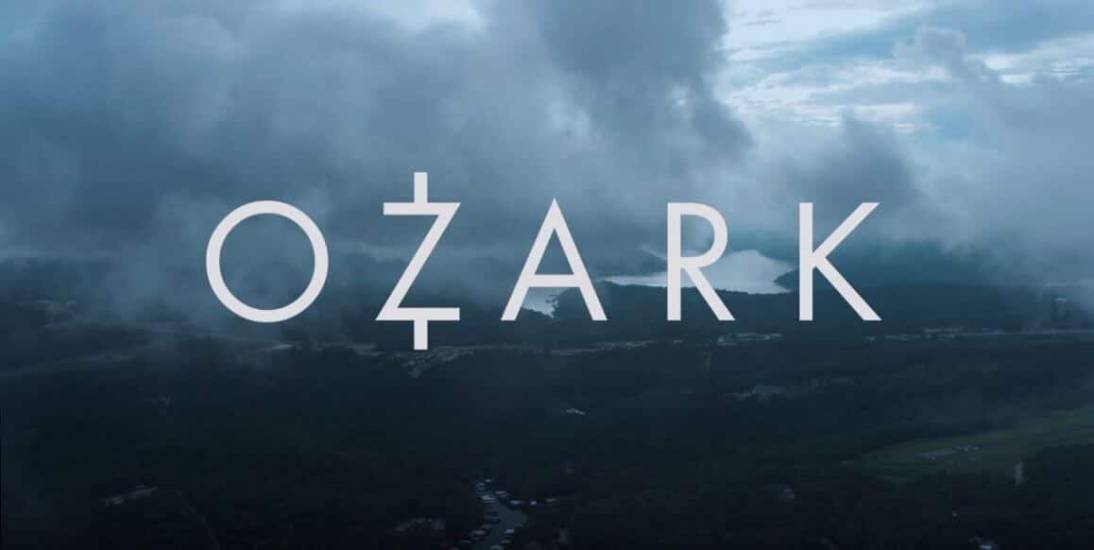 The first half of Netflix's last season of the popular criminal thriller is back. Marty (Jason Bateman) and Wendy Byrde (Laura Linney) continue to perform the dirty work they usually have to do to keep their heads above water, but this time they're laundering cartel chief Omar Navarro (Felix Solis) himself, since he wants to move to America as a free man. Will Marty and Wendy be able to bribe, threaten, or blackmail enough individuals to complete their task? By far the most tense television family ever is that of the Byrdes. 15 Best Silk Kimono Robes According to Your Need The Best Camera Lens Cleaning Kit, Everything You Need To Know About Lens-Care 8 Best VPNs That Can Work for Netflix Streaming fantastic material without having to pay for cable may be accomplished with the help of the top streaming providers. However, the competition to provide the greatest streaming service has become more difficult as time goes on. Due to financial considerations, content has been removed from HBO Max, and later this year, both Disney Plus and Hulu will increase their monthly subscription prices.

The most important world news and events of the day.

Get LetMeDiscount daily newsletter on your inbox.